So as many of my readers might know, I finished my first novel, Cicada Spring, back in April. When I was done with the first draft, I put it aside for a month to gain some perspective. After that excruciatingly long period of waiting, I read it, edited it, read it, edited it, read it, paid for an editor from Red Adept Publishing (a lovely small publisher that provides indie author services, and that I highly recommend), adjusted accordingly (no major problems, only wrinkles, I was told), then read it again. Trust me, reading the same book 4 or 5 times in a few months can be trying, but it was a necessary step to get the manuscript ready to send out. Now that baby sparkles like Jesus's teeth.


I have sent it out many times. It gets bites. I have had a few full requests, some partials, some good feedback. That’s great—already more than I ever expected. However, the more I research, the more I begin to realize that self-publishing might be how I want to sell this book (I have become addicted to Anne Allen's blog; it has some invaluable advice on so many subjects). It gives me complete control, and that is something very important to me. I have given myself a deadline: If I cannot find an agent or a publisher to represent or sell this book by Jan.1st, 2015, I will go headfirst, full-throttle into self-publishing. And just for fun, in case I do choose that route, I wanted to be ready, so I had a cover made up. And after seeing it, I honestly wish January would just get here, already.


Thanks, James at goonwrite.com. He did a great job. 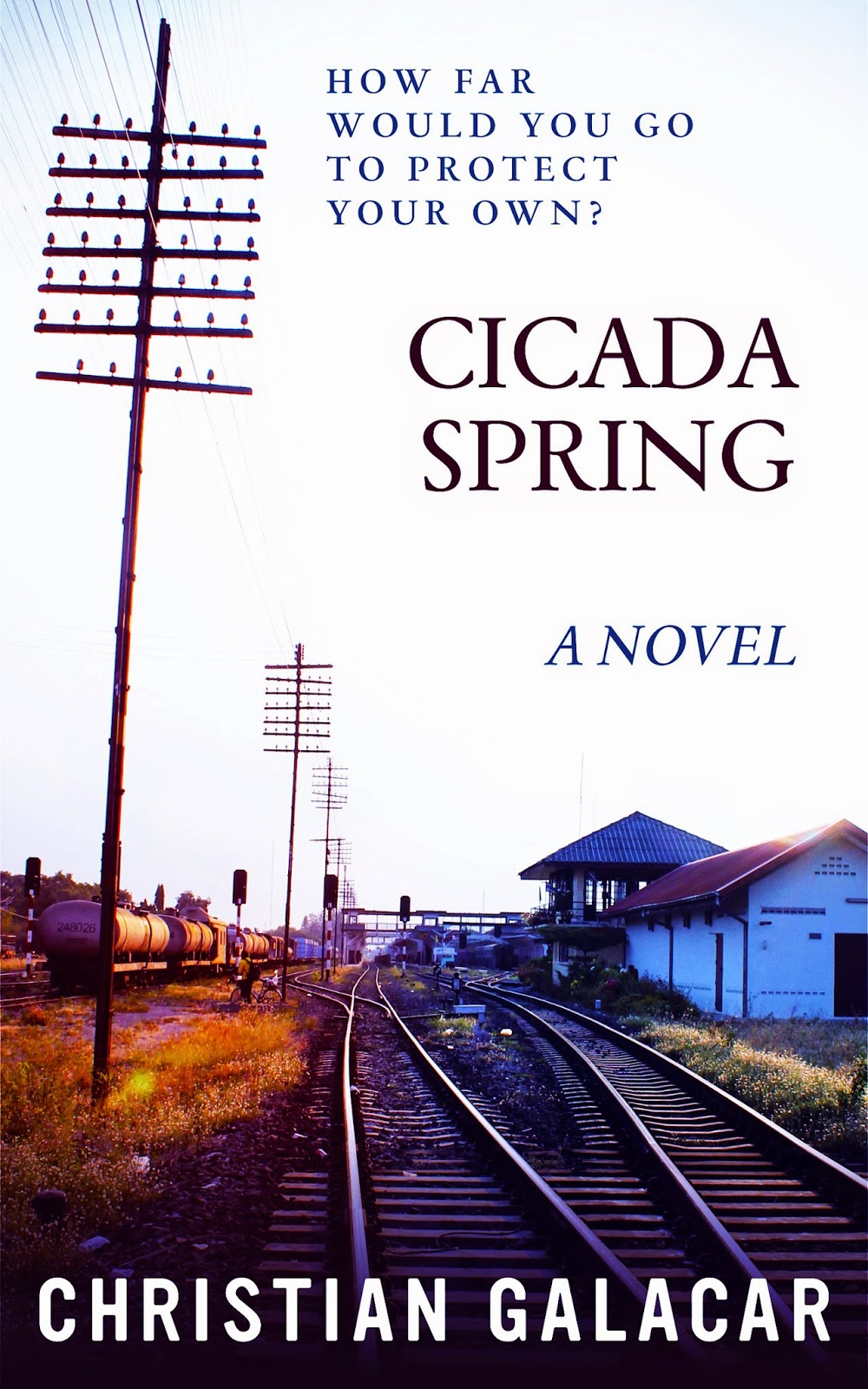 And just in case you want a reference point, I have included the synopsis I have been sending to agents.

After fifteen-year-old Kara Price is raped by the beloved mayor of Heartsridge, Massachusetts, and no one takes action, the people of this small New England town discover a truth that may have been better left buried.

Cicada Spring is a 103,000-word suspense-thriller about a teenage girl’s fight for redemption, after her life is shattered by a prominent small-town politician. Fargo meets A Time to Kill when nefarious and heartfelt storylines collide and interconnect, culminating in an unforeseen conclusion about revenge, courage, unconditional love, and life after loss.

Cicada Spring is the story of a wicked crime told from the various viewpoints of the morally-haunted characters surrounding it. There’s the mayor, Harry Bennett, who can do no wrong in the eyes of the town. No one believes he could commit the crime of which he is accused. He’s their golden boy, after all. But a violent history lurks in his past. There's Sheriff Gaines, the law at the center of it all, who is bound by the rules and plagued by a guilty conscience. He wants to do the right thing, but first he needs to decide what that is. There’s David Price, the quiet, level-headed man and father, who only wants justice for his daughter—no matter what it costs. There's a serial killer in the midst of an identity crisis, who has just discovered his next victim at a small diner in Heartsridge—and whose arrival couldn’t have come at a worse time: the start of the annual Spring Festival. Then, at the center of it all, there's Kara, who just wants to move on with her life and forget everything that happened to her. But how can she do that when everyone in town thinks she is a liar who is only out for attention? Braided together, this cast of characters, all acting on behalf of their own interests, begs the question: How far would you go to protect your own?

﻿
Posted by Christian Galacar at 1:04 PM