I want to start by saying that as of writing this, I have not formed any sort of opinion regarding how good or bad the new season of True Detective is. It would be foolish to this early on. In fact, to be completely honest, the only reason I am writing this at all is in shallow hopes that the trending topic will result in a few extra hits on my blog and, possibly, a few extra book sales. Shameless, I know, but whadya gonna do? A man’s gotta eat. That being said, it does not mean that what I am writing is, for lack of a better word, complete shit. What I’m really saying is: There be truth in these here hills.

Okay, so it’s not an opinion and it’s not shit... so what is it then? This early on in the season of TD (due to laziness, I will be referring to True Detective as TD from here on out), it’s just some observations on what I noticed after watching last night’s episode, “The Western Book Of The Dead.” Things that seemed to be working and things that seemed not to be. There’ll be a few opinions, sure, but as promised I will not judge the season itself, as many have been so quick to do.

To start, I can understand why everyone was so quick to rip the first episode apart. It was very heavy on character development, which, like any backstory or exposition in fiction, can tend to be a bit on the slow side if not executed with a deft hand. One of the most successful methods of doing it well, from a historical standpoint (because you never know who will change the rules of the game), is to get to know your characters bit by bit as you journey through the main narrative with them. That was what worked so well last season. We opened to the heart of the mystery, dove right in, and took the ride with Marty and Rust from the get go, being introduced to them more and more as the story went on. And while I think last night’s episode of TD did a good job of setting the stage for what’s to come, I will say that it lacked that dark hook that season one cast out there right away to lure in its audience. It was all fur coat and no trousers. But that’s not necessarily a bad thing; it’s just different. However, when coming off the high from last year’s soul-blistering introduction to the series, it’s easy to see how different can taste an awful lot like crap. My recommendation to anyone already abandoning ship this early on in the season is this: Cleanse your pallet, then come back and try to view season two as its own animal. Compare it to its predecessor, fine, that’s inevitable and I will likely do it now, but do so in the same way you would compare red and white wines to each other.

My next thought ties to what’s above. Nic Pizzolatto’s writing tends to be very focused on understanding what drives his characters—aka motivation—which is extremely crucial to telling a good story with good characters. If what people do and how they act does not seem authentically motivated, then we don’t believe it and we stop watching... or reading. In WBOD (get it? more laziness) we are introduced to a fair amount of characters right away (we get ‘the who’ upfront instead of ‘the what’ this season), and of each we learn just enough through action, implication, what is said—and not said—to pique our interest. I’m sure as season two progresses the onion will be peeled back on each character significantly, in time with the plot. From a writer’s perspective, it seems to me that Nic has gotten a lot of the heavy lifting out of the way early, clearing the way for a headlong plunge into a story-rich plot that may require a bit more room to tell itself. And that’s fine by me. Or I could be completely wrong.

The one thing I will say was lacking so far, was the eerie atmosphere from season one. The atmosphere of WBOD was thoroughly dark (I felt wrong not drinking whiskey while watching it)… but it was dark in a different kind of way. It was dark in a private detective noir film kind of way, where I kept half-expecting someone to drop the word “dame.” Thankfully that never happened, although I could tell Vince Vaughn’s character wanted to badly to utter it at least once. And I really disliked the use of the nearly identical ominous ambient music they used in season one for scenes in last night’s ep where it didn’t quite belong. It felt an awful lot like a cheap trick to try to elicit a latent response generated by residual feelings for last year’s story. I also could have done without the cringe-worthy and poorly executed almost-lose-control-of-the-motorcycle shtick. F that... he should be dead.

One more thing that seems a little forced is the overuse of philosophical ideas in a not-so-subtle way by characters. Last season it worked with Rust because whenever he’d go off on a tangent his partner was always there to call him out on it, and it made the whole thing seem self-aware and it worked. This season, so far, there is nothing to offset the heaviness of the dialogue and at times it can feel a little overwrought and crammed into the actors’ mouths. But as I said in the very beginning, it’s only getting started. The season is just waking up and last night’s episode was merely it opening its eyes and yawning. Saying, “Hello, old friend.” I’m confident there’s a satisfying ride ahead (twss).

There’s more on my mind, but I’m tired and want to go to bed. Perhaps I’ll do this weekly on Mondays for the remainder of the season. Or maybe I won’t.

“Behold what was once a man.” 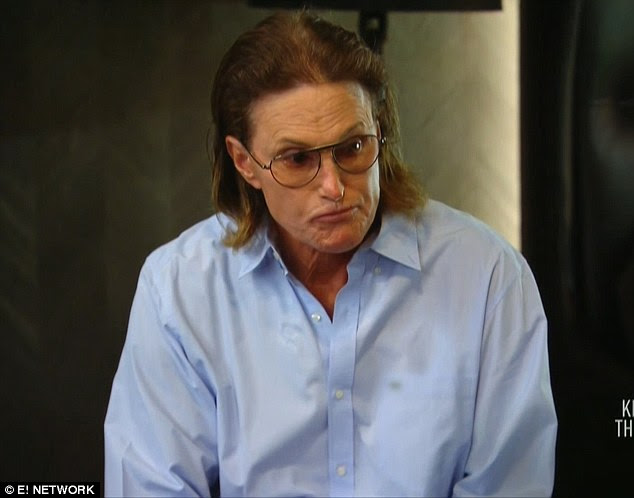 Posted by Christian Galacar at 10:38 PM No comments: