For the next two days my short story "Finding Nebraska" will be free on Amazon. Give it a read. Hope you enjoy. I'll post a description and an excerpt below. 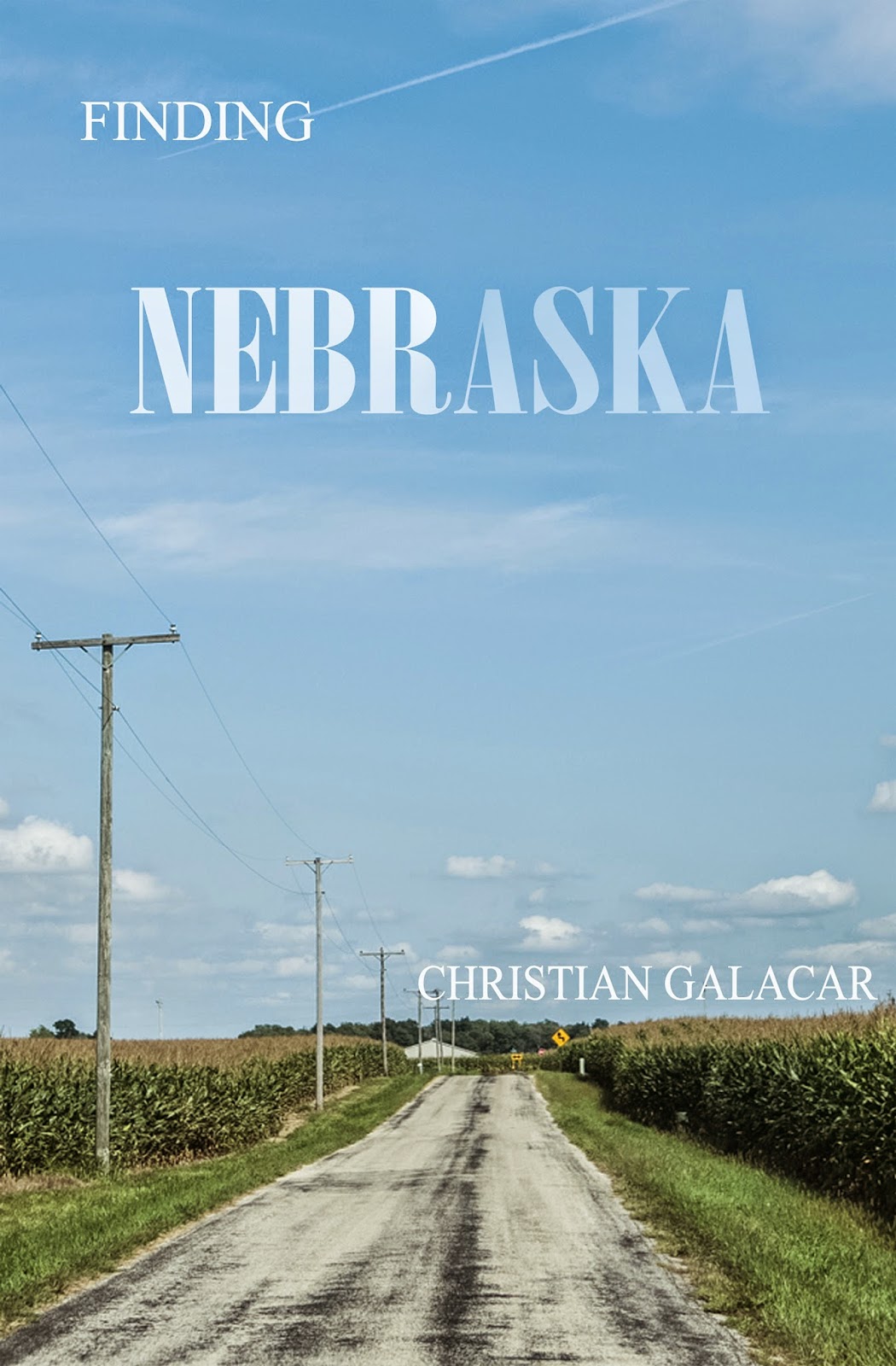 Sometimes the wheel of life doesn't spin in your favor, and sometimes there's nothing you can do about it. Brian Lethando knows this firsthand. His mother left him when he was only two years old, and his father died shortly after of a heroin overdose. Twenty years later, when the woman who took Brian in and raised him as her own son begins to suffer the effects of Alzheimer's, the two of them set out on one last road trip to discover the true meaning of the word 'family.'
Excerpt:
Finding Nebraska


We drive west on Route 20. The car moves along, rolling on rusted rims and bald tires, barreling toward some uncertain future I know holds in it the possibility of hurt. But that’s life, and that’s okay. Hands gripping the wheel, eyes set forward on the edge of the sunset, I ask, “Do you really think this is a good idea?”
Louise looks at me. Smiles. “I don’t know. But what I do know is that we break our hearts, our bodies and our souls, for the things we love—or the idea of love, anyway. I know that much. But no, Brian, I can’t tell you if this is a good idea. I only know you’ll do it because you have to.” Then she turns back to the window.
Silence.
Land rolls on endlessly. Outside is a plate of dead plains that seem like lost dreams. Forgotten hope. Dry grass like dead love. Vast skies kiss the purple horizon with level lips. Occasional rock ridges the color of burnt biscuits cut the straight lines, catching the last rays of the falling sun, setting their crowns on fire like stone torches.
I think about what Louise just said. I think I understand what she meant about having to go. She is having one of her moments of clarity, a two-day stretch this time. To some it might not seem that way, but she is. I recognize it. The eyes tell it like it is. And she is behind them right now.
These moments, when I recognize the woman who raised me for all those years, are where I want to be. But I feel myself already starting to miss them, like the promise of being lost forever has already begun sweeping them away. They are little glimpses back to the old Louise, the woman who existed before she got sick, before her doctor said that phrase that sounded so cruelly like Old-Timer’s Disease. Nothing lasts forever, though. I’m not foolish enough to think it does. Some things should, I’ll admit that. But they plain don’t. Just have to bear it.
With a final wink, the sun drops below the horizon. The sky smolders like an ember of heaven. Louise slides across the bench-seat of the Pontiac and rests her head on my shoulder. She fiddles with the radio dial. Something with twang fills the car. We must be in Nebraska by now.
“I think we’re in Nebraska,” I say. “You want to take your pills?”
She doesn’t respond, only rests her hand on my thigh and begins to caress it. Then I feel her dry lips on my neck, smell her sweet perfume with the stiff undertones of medicine and dry mouth. “Dad will never know, Cody. Let’s be a little bad. Why don’t you pull over? We’ll park for a bit.”
She’s gone again, just like that. I pull away gently. I don’t want to scare her. What she thinks and feels in these moments is real to her. Cody was her boyfriend in high school, from a timeline nearly fifty years before.
“Louise, it’s me, Brian. Do you remember who I am? We’re taking a road trip, remember?”
She looks at me, trying to hold a flirtatious smile—or trying to remember how to. I can see that she feels sixteen again, but the deep-set lines in her face won’t lie about her age. They are like dried up riverbeds wandering away from the edges of her eyes, her lips, mapping the story of a hard life.
Doubt clouds her face. Her smile starts to fade, replaced with something like embarrassment. Only she doesn’t know if she should be embarrassed, so she hesitates, clinging to that false reality where she’s sixteen and I’m Cody. She is half kneeling on the seat like an eager teenager when her world begins slipping through her fingers. She becomes aware of the misalignment in her mind. Then she slouches, as if someone pulled a plug and she is deflating. “Oh, I… Brian? I’m sorry. I got confused. Did I… I thought you were…”
I don’t let her finish. She shouldn’t have to say the words. She shouldn’t have to explain herself. It isn’t her fault. “It’s okay. Don’t apologize. Maybe we should stop for the night. Get some sleep. It’s been a long day.”
And it has been a long day. We’ve covered nearly six hundred miles. Six hundred miles with only one slip of her mind. Not bad. But not good, either. The bouts seem to come in clusters, like wave sets breaking on the shore of her mind. Churning. Unearthing fossilized memories like ancient relics. There is comfort in knowing that when white water settles, clear waters resurface.

Posted by Christian Galacar at 6:48 AM No comments: